T.A.B. (The Advantage Bureau): part of GCP International has been tasked to arrange speakers for an upcoming event called “8th Asia Future Forum (AFF 2017)“, which will be held on November 15~16, 2017, in Seoul Korea.

The event is hosted by the Hankyoreh, which is a progressive newspaper, decisively committed to journalists freedom, democracy, peaceful coexistence and national reconciliation between South and North Korea. Since 2010, this Forum has been held in Seoul every late autumn, while the world’s great scholars, political leaders, policy makers, and entrepreneur have gathered in one place. The Hankyoreh Asia Future Forum mainly deals with the change and crisis of the 21st century capitalist economy.

GCP (Global Communications Partner) features many professional and experienced presenters as well as an expert in a specific area upon client’s needs available for meetings, conferences and seminars anywhere in the world.

This speakers bureau team initiates the introduction between speaker and client. They support both parties from the primary stage of making contact through the booking and logistics process.

They are available to you 24/7 to address any concerns you may have. Their fastidious and professional approach to event planning means you have one less thing to worry about—your speaker will be prepared, informed and ready for your event.

Also, they work in collaboration with speakers bureaus and agents worldwide. 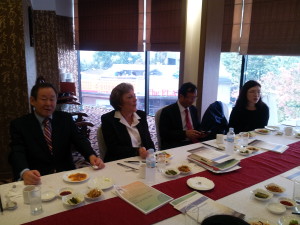 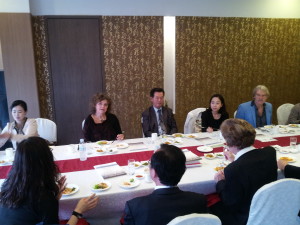